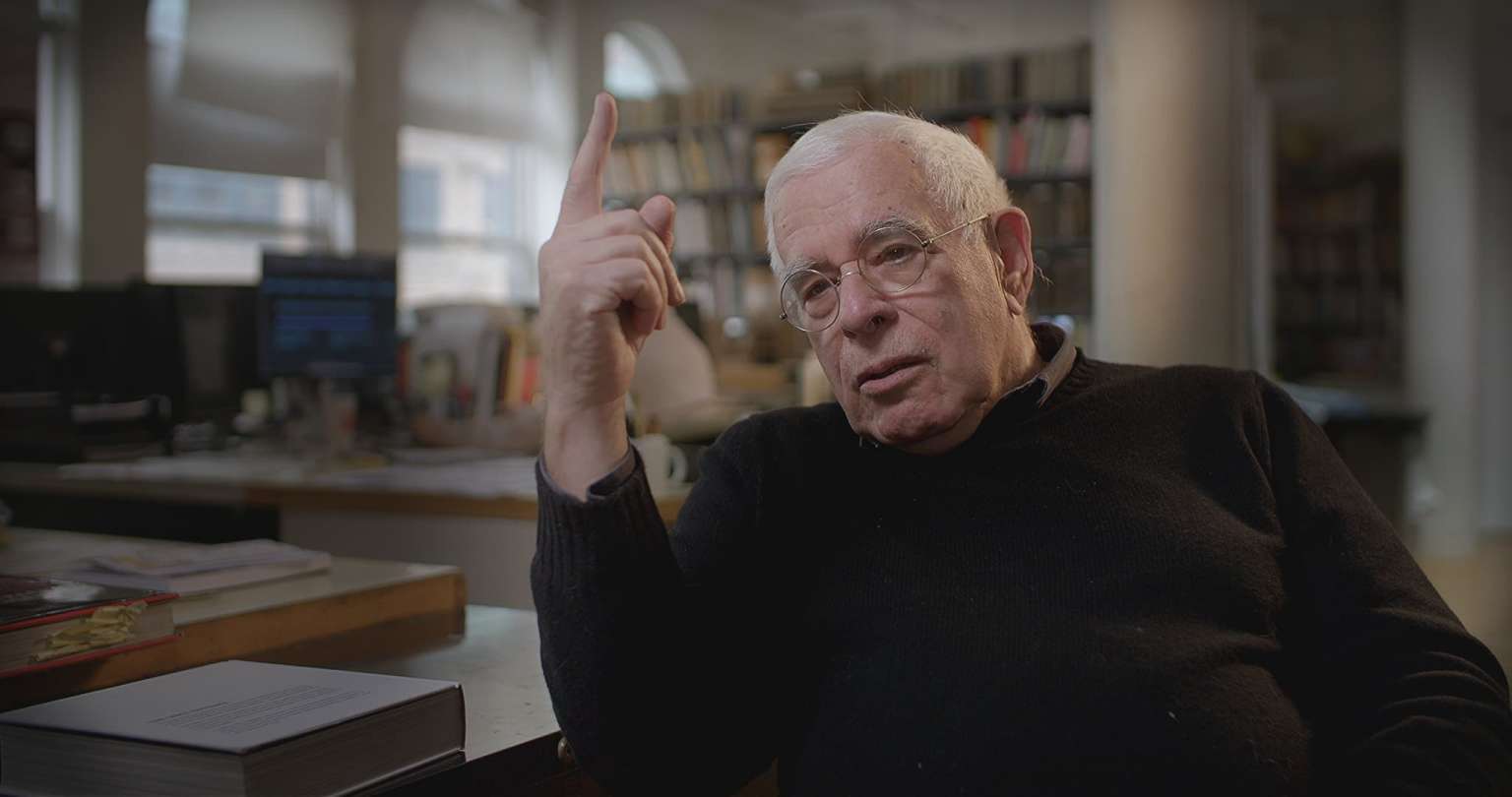 Peter Eisenman was born on 11 August 1932 in New Jersey, USA, as the son of Jewish-German immigrants.

He has designed major buildings worldwide, including House VI in Cornwell, Connecticut, the University of Phoenix Stadium, Glendale, and the Memorial to the Murder of European Jews in Berlin. Furthermore, he has held and continues to hold major chairs in architecture at Harvard, Princeton and Yale.

Eisenman founded the Institute of Architecture and Urban Studies in 1967. Along with Michael Graves, Charles Gwathmey, John Hejduk and Richard Meier, he belonged to the New York Five architectural group, which was dedicated to reviving the style of Le Corbusier. As one of the most important cultural critics of today’s architecture, he urges architects to develop new architecture that also stands the test of time beyond its pure function.

„Prora could have been a modernist project, but it was a Nazi project.“

Eisenman calls for a return to the great designs of architectural modernism of the 1920s and 1930s. For him, this also includes Italian architects who built new, pioneering seaside resorts and spa centres on Mussolini’s order. Eisenman, too, cannot escape the fascination of these aesthetically beautiful and rationalistically simple buildings. 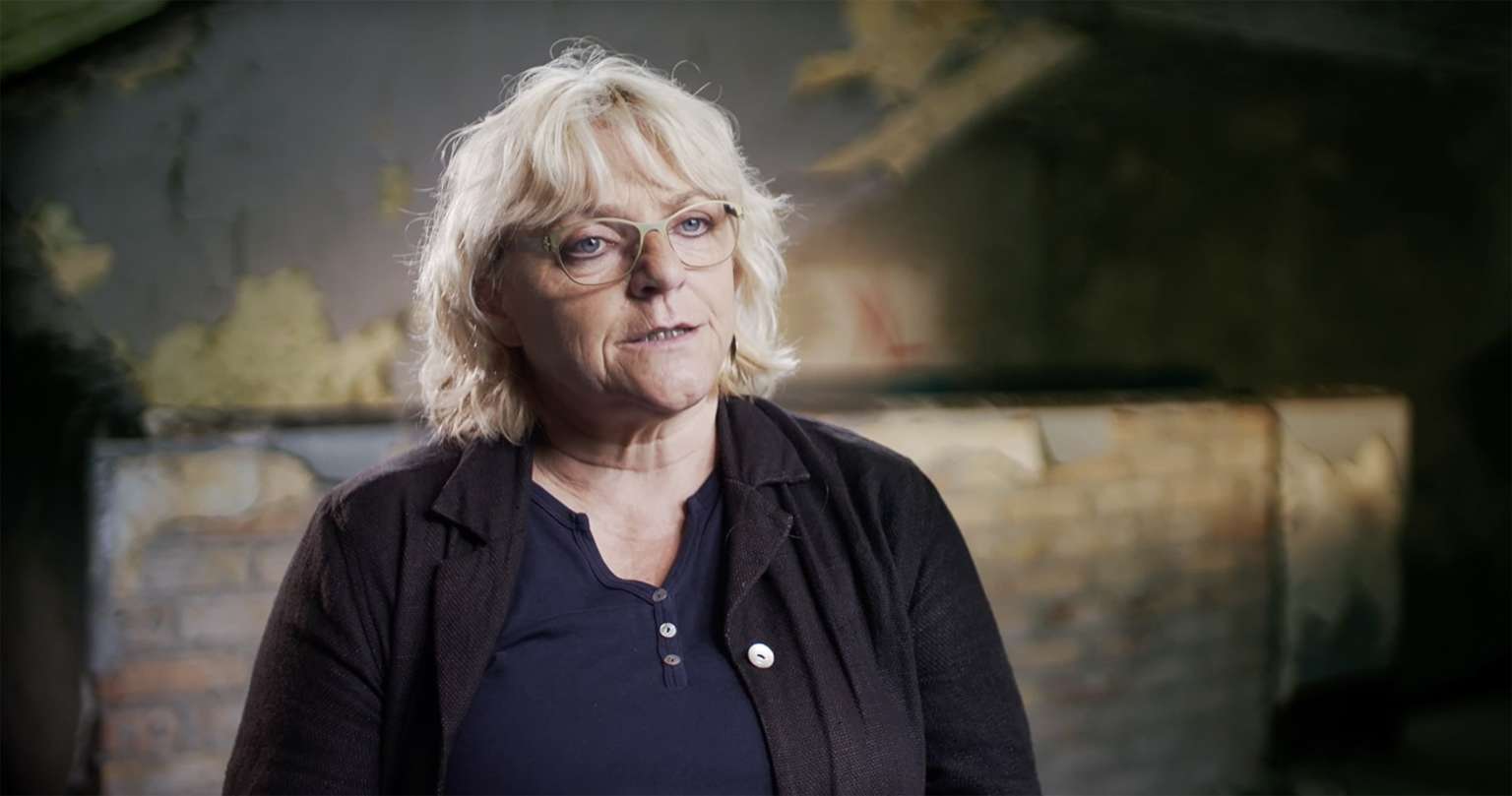 Susanna Misgajski was born in Eutin in 1956. She completed teacher training in history and German in Kiel, graduating in 1986. She subsequently engaged in work and research into historical subjects at the State Museum of Art and Cultural History, Gottorf Castle, and the Schleswig-Holstein State Archive. From 1995 to 1999 she conducted research on the subject of euthanasia in child and youth psychiatry in Schleswig during the period of Nazi rule.

Misgajski has lived and worked on the island of Rügen since 1999; she joined the non-profit association PRORA-ZENTRUM e.V. in 2001 and became its director in 2009. Here she researches into the history of the Prora complex, the planned KdF resort at Rügen during the National Socialist period and Prora as a military centre in the GDR, as well as other subjects of contemporary history in the region. She has created historical exhibitions including “Opposition und Widerstand. Bausoldaten in Prora 1964-1989“ (Opposition and Resistance. Bausoldaten in Prora 1964-1989) and continues to develop educational programmes on various regional themes related to Prora from the Nazi and GDR periods as well as international projects on historical subjects. 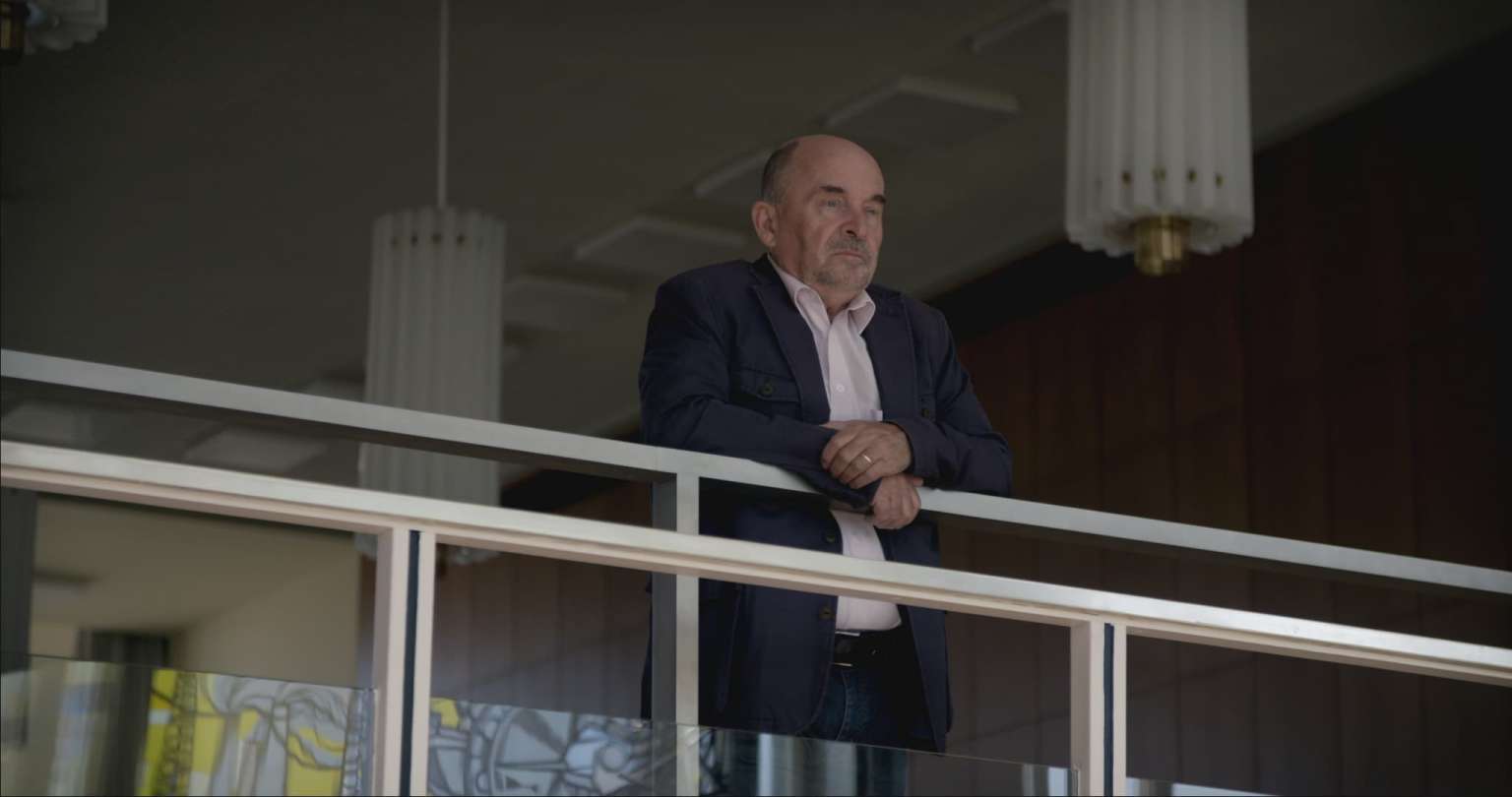 The parents of Rainer Eppelmann (born 12 February 1943) were supporters of the Hitler regime. His father, a professional carpenter, was an SS “Unterscharführer” (junior squad leader) in the concentration camps of Buchenwald and Sachsenhausen. His mother was a dedicated supporter of the Nazis.

Rainer Eppelmann did not join the Free German Youth (FDJ), and was thus unable to graduate from high school in the GDR and blocked from pursuing his career as an architect. In 1966, Eppelmann refused to serve in the military or to swear allegiance to the GDR and was sentenced to eight months’ imprisonment.

Eppelmann later studied theology and, as a pastor, cared mainly for opposition-minded youths in the GDR. His church services known as “blues masses”, which were organized from 1979 in the East Berlin Church of the Good Samaritan, became a centre of opposition in the GDR. The Ministry of State Security attempted several assassinations by manipulating cars, but failed in all cases.

After the first and only free election in the GDR on 18 March 1990, Eppelmann became GDR Defence Minister and also wound up the GDR National People’s Army in Prora. From 1990 to 2005 Eppelmann was a member of the German Bundestag for the CDU. He is honorary chairman of the board of the Federal Foundation for the Study of Communist Dictatorship in East Germany. 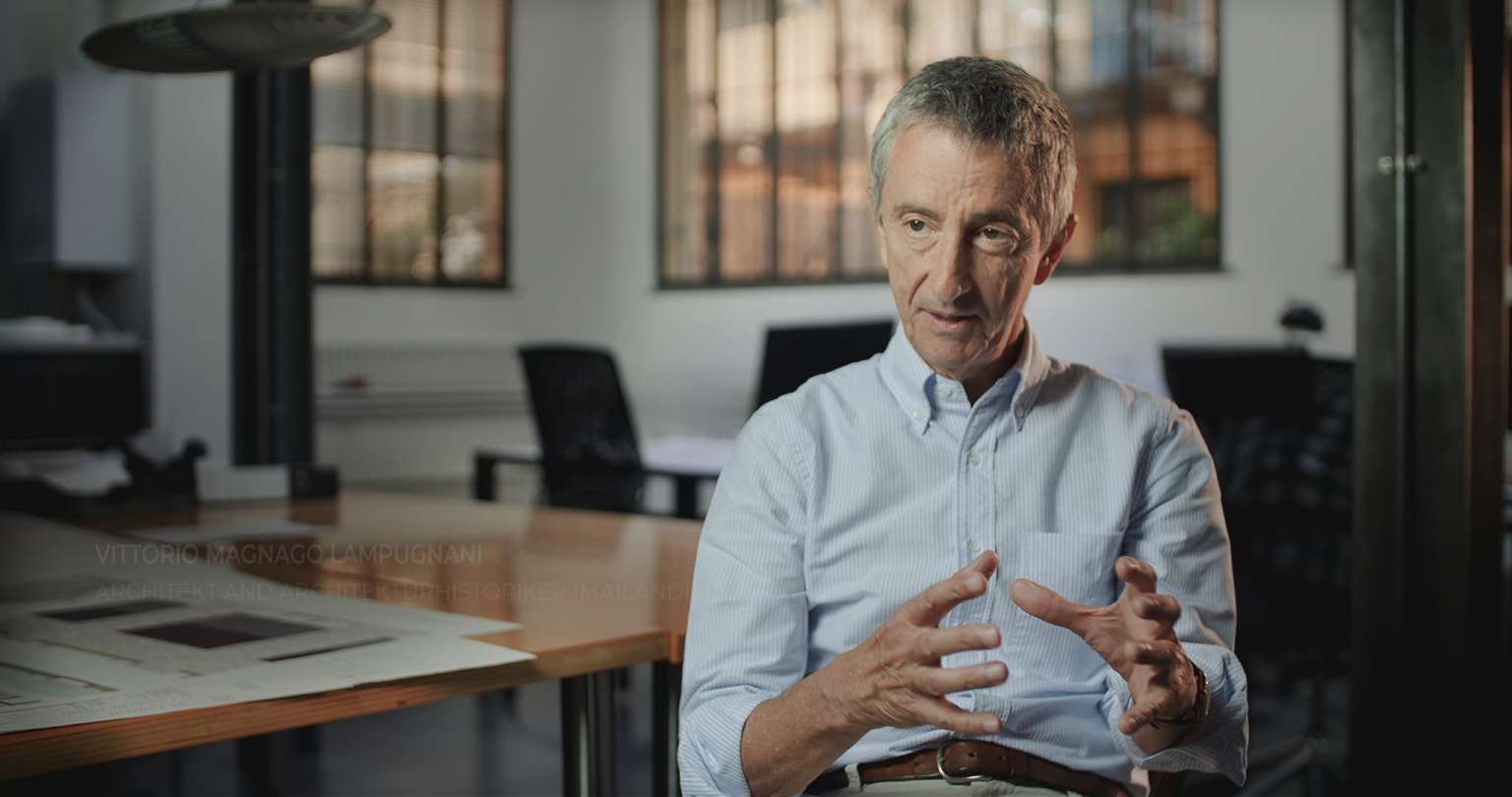 Vittorio Magnago Lampugnani was born in Rome in 1951. He studied architecture at the Universities of Rome and Stuttgart and took up a professorship at the Graduate School of Design der Harvard University in Cambridge, Massachusetts, in 1984–85. From 1990–94 he was professor at the Städelschule academy of fine arts in Frankfurt am Main. From 1994–2016, Lampugnani was Professor of History of Urban Design at the Swiss Federal Institute of Technology Zurich.

Numerous highly acclaimed exhibitions were presented under his directorship, including “Das Abenteuer der Ideen. Architektur und Philosophie seit der industriellen Revolution” (The adventure of ideas: Architecture and philosophy from the Industrial Revolution) at the Neue Nationalgalerie Berlin (and in Milan in 1985). From 1990–1995 he was director of the German Architectural Museum in Frankfurt am Main.

„We should seek to avoid prettifying the historicity of this place as a layering of events. We should strive to be open to every story a building can tell.“

Lampugnani established his own architects’ office from 1980, first in Berlin and then in Milan and Zurich. His main projects have included the office complex in Block 109, Berlin (1991-96), a group of houses in Maria Lankowitz near Graz, Austria (1995-99), the entrance square of the Audi-Forum in Ingolstadt, Bavaria (1999-2001), and general urban planning for Novartis Campus in St. Johann, Basel, Switzerland (2001ff), to name but a few. 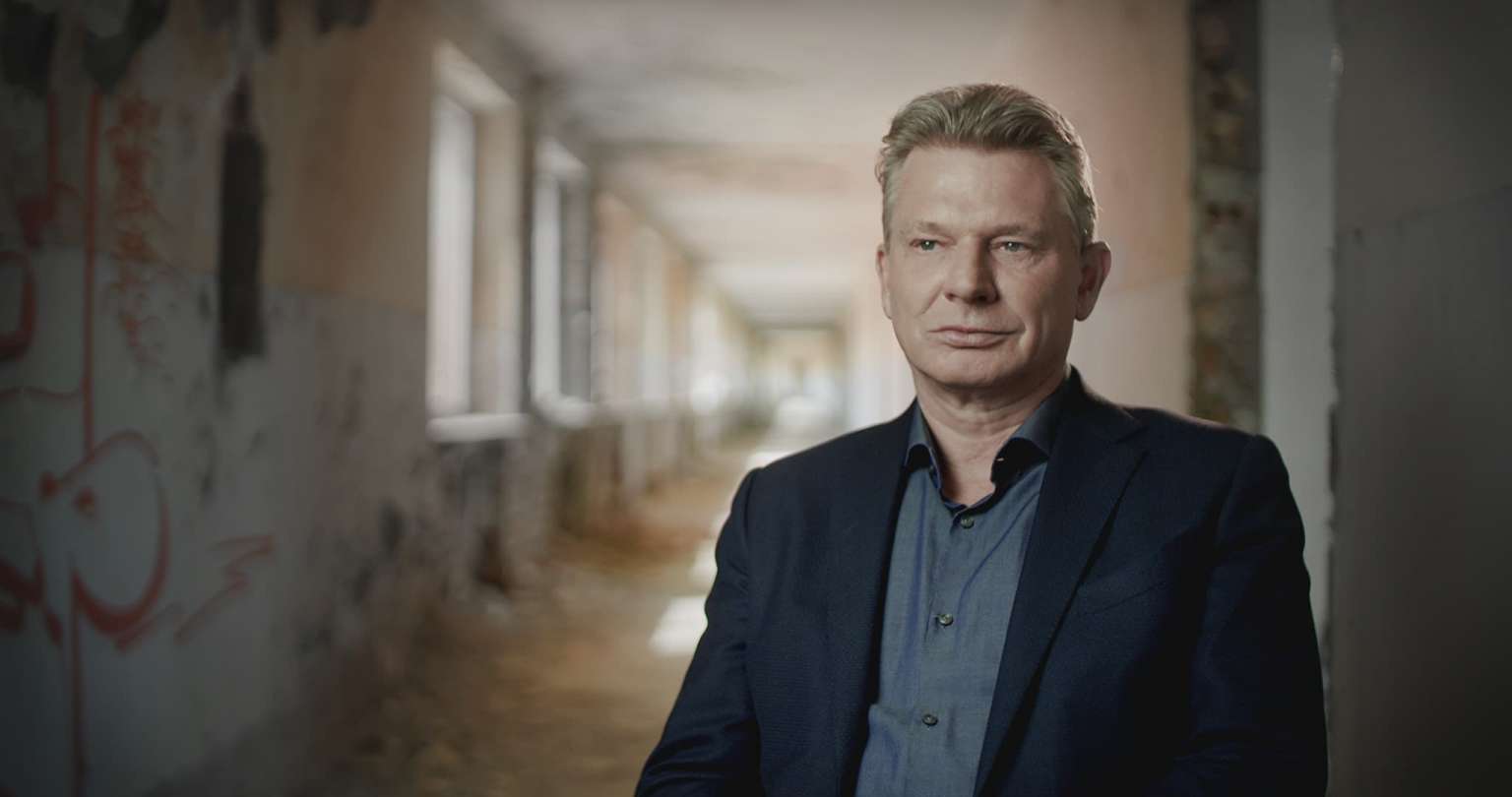 Ulrich Busch, born 20 November 1964 in Berlin-Pankow, is a project developer and investor in Prora. He is the son of Ernst Busch, communist singer of workers’ songs and actor. His father became an icon in the GDR after narrowly avoiding execution as a prisoner of the Nazi regime. Behind the scenes, conflicts between the SED party leadership and the famous father repeatedly led to disagreements, which did not remain hidden from the son.

Ulrich Busch began studying medicine at Humboldt Universität Berlin in 1984, but was forced to give up in 1986 for political reasons. In 1987 he applied to leave for the Federal Republic of Germany because he no longer saw the GDR following the path of the values for which his father had once fought. It was not until February 1989 that Ulrich Busch was able to leave the GDR in exchange for handing over his father’s artistic estate. After the fall of communism, Busch entered the real estate business as a project developer in the Baltic seaside resort of Binz.

In 2006, Busch acquired two blocks of the now heritage-listed “Colossus of Rügen” in Prora. In the following years, he even shaped building law through his negotiations with the municipality of Binz and the monument protection authorities. He opened the first hotel in the newly renovated Prora in 2016 and renovated a total of around 370 apartments. As a project developer, he remains committed to the transformation of Prora, which he describes as his “life’s work”. 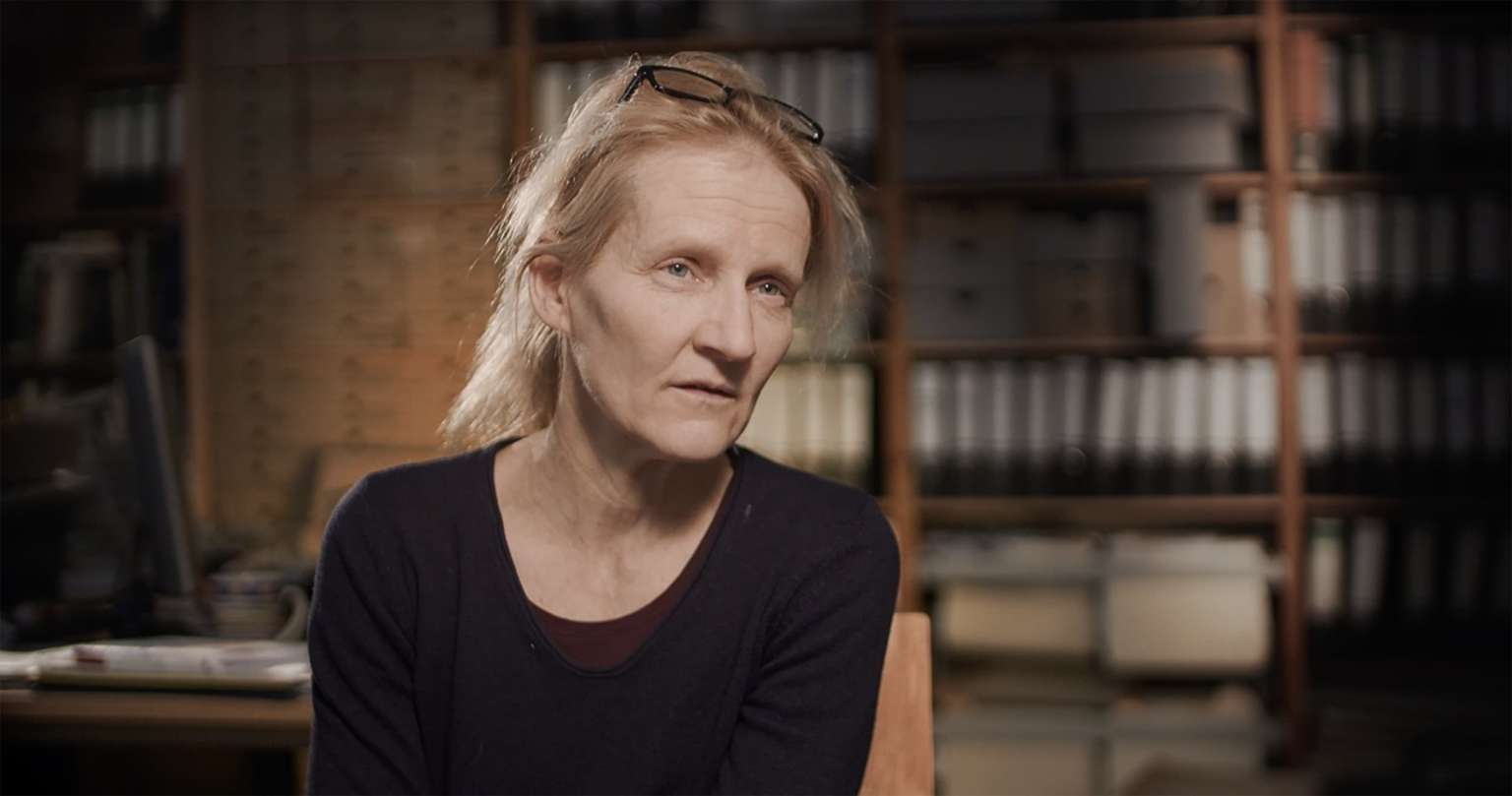 Katja Lucke Born in Berlin in 1967, Katja Lucke studied modern history, philosophy and Spanish at Technische Universität Berlin and the Centre for Research on Anti-Semitism, Free University of Berlin.

Justinian Jampol Historian, founder of the “Wende-Museum” in Los Angeles 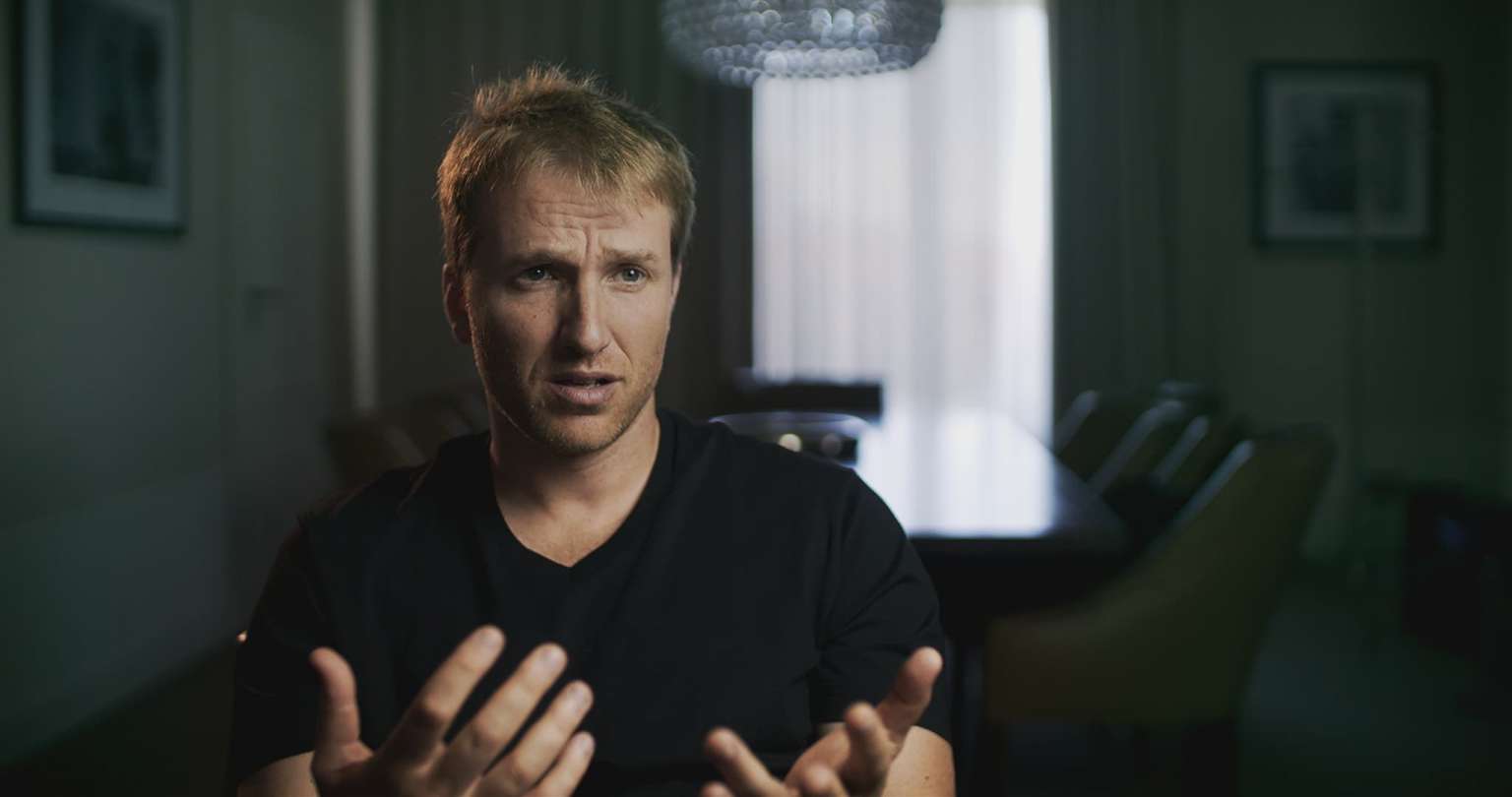 Justinian Jampol was born in 1978 in Los Angeles, USA. In 2002, at the age of 24, he founded the “Wende-Museum” in Los Angeles and subsequently developed it into the largest collection of artefacts and art from the Cold War outside Europe. The museum has more than 100,000 exhibits from the GDR period alone, which reveal and classify everyday life and art, but also state oppression.

During his studies of modern history at Oxford University, the son of Polish Jewish immigrants specialized in Russian and Eastern European history and philosophy. When people in Eastern Europe and the GDR sought to separate themselves from their past, Jampol’s collection captured this lost history in a unique way. The collection places the objects in their historical context and captures what they meant for the people. A selection of them is presented in his encyclopedia “Jenseits der Mauer” (Beyond the Wall), which is over 900 pages long and showcases 2,000 exhibits on life in the GDR.

For Jampol, Prora is also a symbol of past history. For him, the site subtly shows and illustrates the various epochs of German history that are brought to life in Prora. 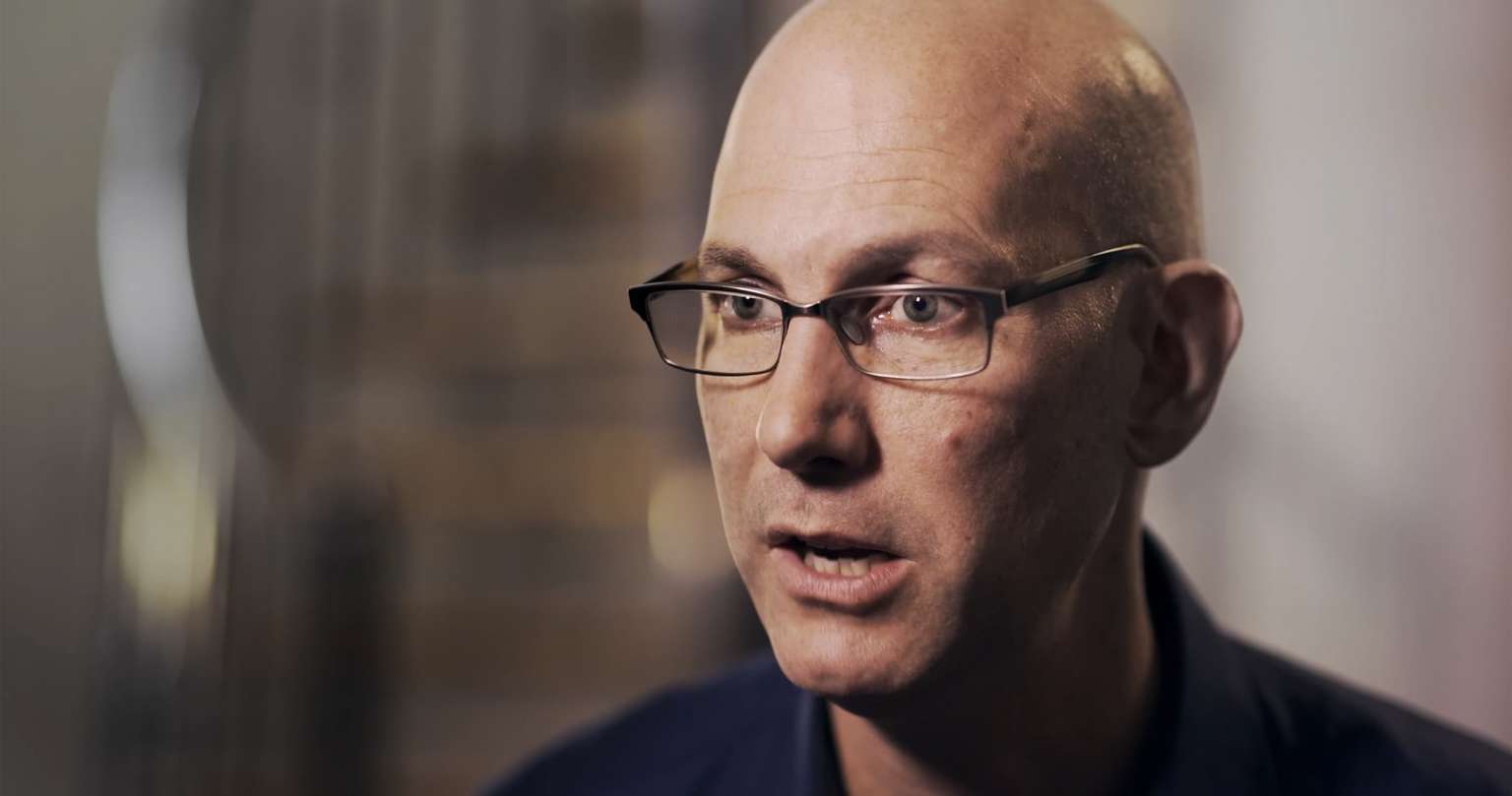 Eric G. E. Zuelow is Director of the Institute of History and Philosophy at the University of New England in Biddeford, Maine (USA). He is an expert on the history of tourism, author of the standard work “History of Modern Tourism” (Palgrave, 2015) and editor of numerous publications on the topic including “Touring Beyond the Nation: A Transnational Approach to European Tourism History” (Ashgate, 2011) and the Cornell University Press series of “Histories and Cultures of Tourism”. Zuelow is also editor-in-chief of “Journal of Tourism History”.

„It was built by an intrinsically evil regime. The tourism purposes for which it was destined had a specific aim: to strengthen a regime founded in racial ideology. It was all about who belonged and who didn’t, who could visit the resort and who couldn’t – and that’s what counts“

In Zuelow’s view, discovery of foreign worlds by Europeans represented a key driver in the development of tourism. Envoys were sent to foreign lands by their rulers to explore the world and its treasures. The stories of exotic worlds which they brought back galvanized people’s imaginations and awakened a longing for travel. Naturally a few centuries had to go by before classes other than the aristocracy or wealthy merchants were able to sate this longing. 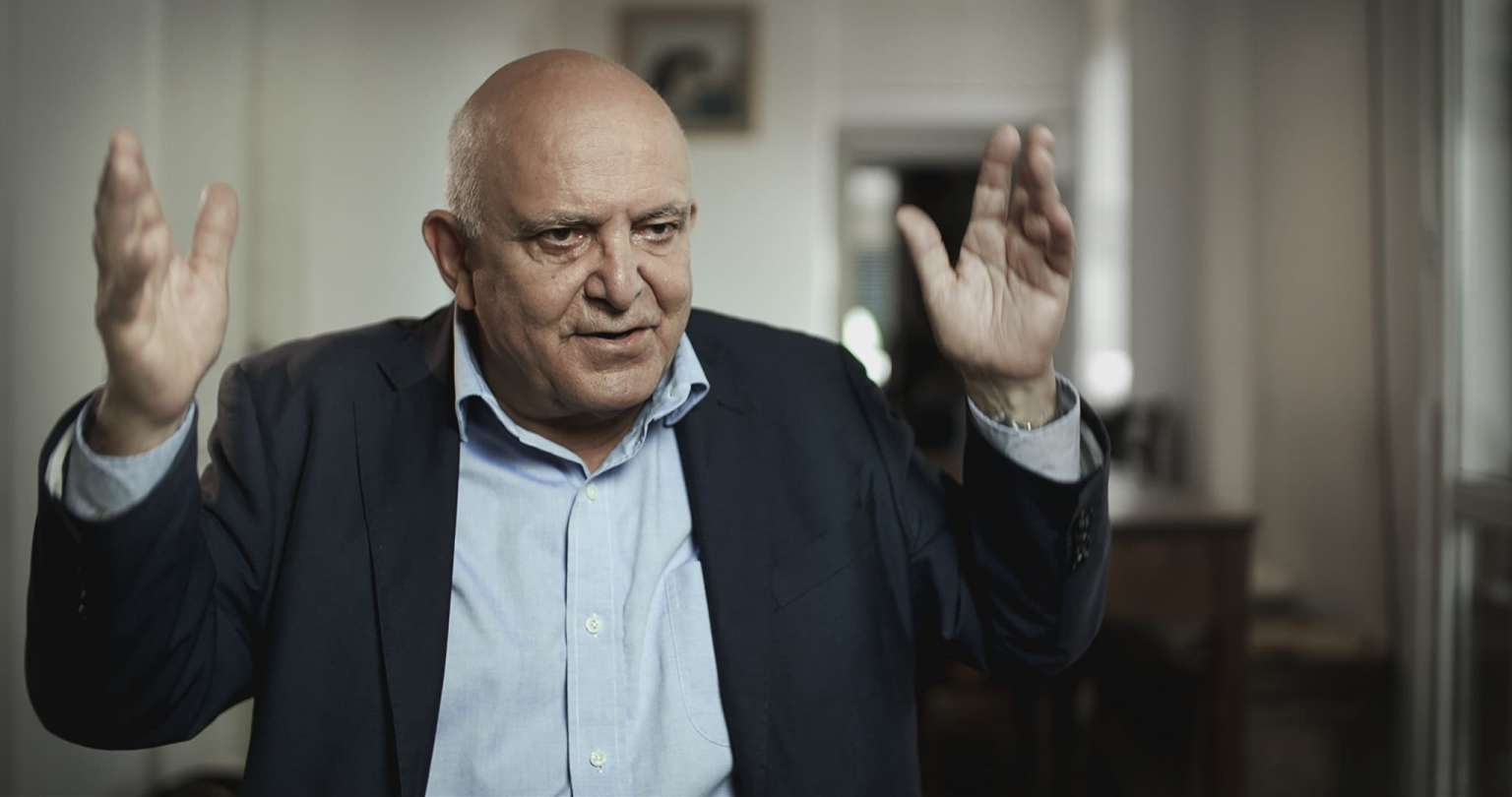 Marco d’Eramo is the son of Pacifico d’Eramo, a Fascist philosopher and Right Hegelian, and of Luce d’Eramo, a writer who was also a follower of Fascist ideology at a young age. His parents’ marriage broke up and d’Eramo grew up with his mother.

D’Eramo studied theoretical physics in Rome and sociology in Paris. He is co-founder of the left-wing Italian daily Il Manifesto. He also wrote for La Repubblica and L’Espresso as a correspondent in New York and Paris.

„The linear structure is at the heart of prisons, schools, armies. No wonder it was taken up by the GDR army; the very structure itself imposes discipline. This applies not only to masses, to disciplined masses with a hierarchy and its various levels and gradations“

Marco d’Eramo’s family roots are one of his main motivations for examining the genesis of fascism. D’Eramo also examines the phenomenon of mass tourism and its causes. He is the author of the book “The World in Selfie”, in which he maps the lines of conflict between tourists and locals, using Mallorca as an example. He additionally explores the question of what motivates us to have ourselves photographed in front of famous buildings. And he should know: d’Eramo lives in Rome, near the Colosseum

Wim Cox, born 1938, freelance photographer from Cologne. In 1971 he acquired the photography workshop and archive of the Schmölz brothers, photographers who documented the Prora complex from 1936. Wim Cox has the most extensive photographic archive on Prora in existence.

Romy Guruz, born 1974 in Dresden, studied architecture at Technische Universität Dresden and became head of the building authority for the Binz municipality in 2017. She is responsible for transforming Prora into a functioning resort on the Baltic coast.

Hendrik Liersch, born 1962 in East Berlin; publisher and author. He spent his military service in Prora from 1987 to 1988 as a member of the GDA’s NVA forces. Liersch was a member of the opposition and peace movement in the GDR and was therefore prohibited from studying.

Massimo Ricci, director of Riminiterme. When Ricci acquired “Colonia Novarese”, the Fascist-era holiday camp opposite Riminitherme, he launched a debate about remembrance and preservation. The process of transformation has now begun. What form could repurposing take?