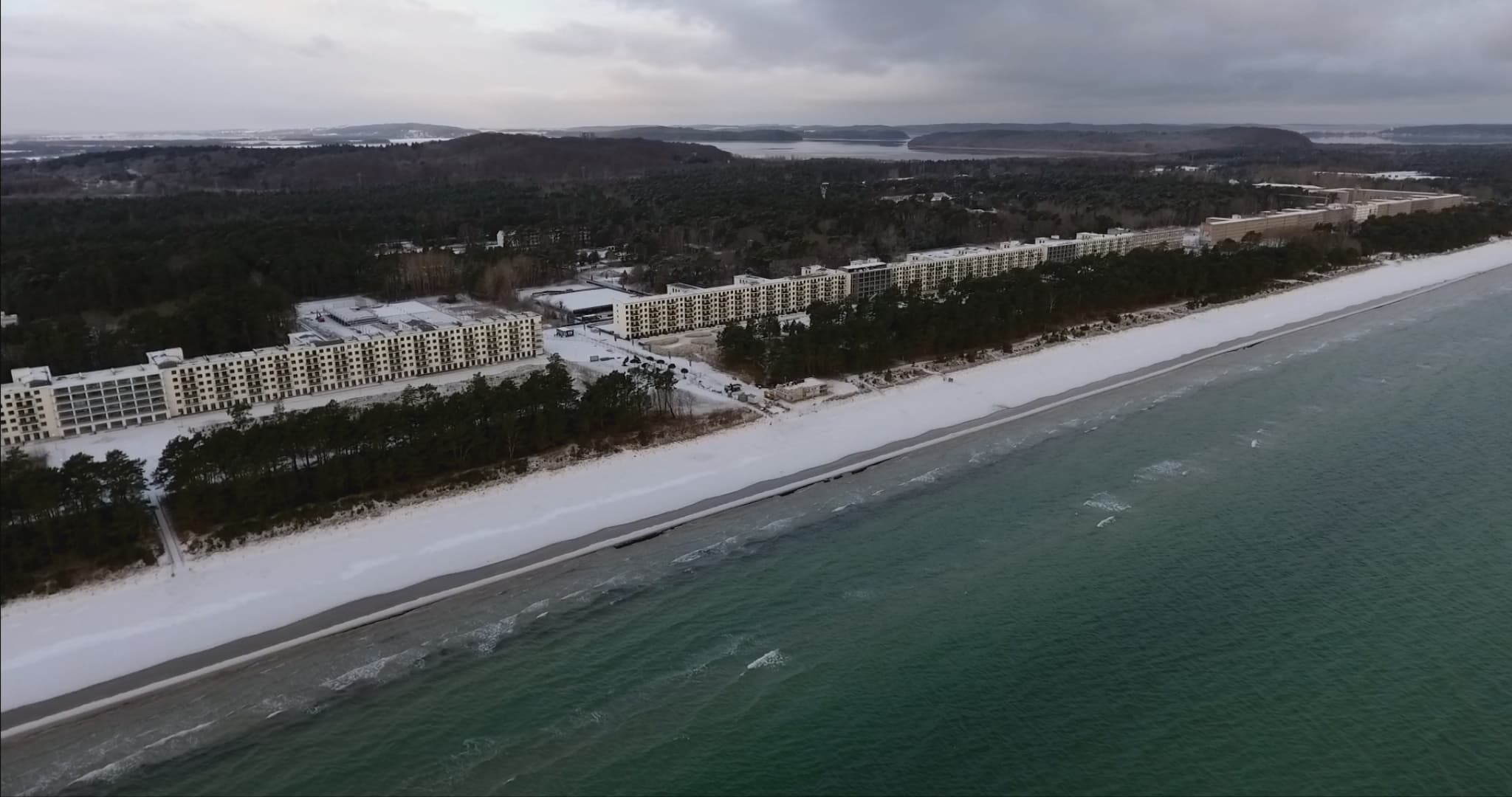 INSIDE PRORA – Trauma and Dream

For the first time, Prora, the longest building in the world, is the protagonist of a film. Prora speaks to us. It recounts the darkest chapters of German history as well as the great existential questions to man and society.

Berlin, December 2019. Known as the “Monster by the Sea” and the “Colossus of Rügen”, at 4.5 kilometres, Prora is considered the longest building in the world. Planned as a seaside resort during the National Socialist era, transformed after the Second World War into one of the largest barracks in the GDR – and long abandoned after the reunification of Germany. Nowadays, hotels and holiday apartments are emerging in the heritage-listed building on one of Germany’s most beautiful beaches. Prora is evolving into a modern Baltic seaside resort.

This irony of history has prompted the Berlin director Nico Weber to take a new approach to the location. For the first time, she has made the longest building in the world the protagonist of a feature-length film. INSIDE PRORA is cinema at its best, forswearing a narrative voice. The film explores the complex and reveals its various historical, architectural and psychological layers. INSIDE PRORA makes surprising connections with this building between people and societies, modern architecture and the phenomenon of mass tourism. The film travels through space and time – but always returns to Prora. In stunning present-day and historical images, the director describes how the idea of Prora originated directly from role models in Italy and also establishes references to skyscraper architecture in New York.

INSIDE PRORA eschews an omniscient narrative voice. The film relies completely on the images of cameraman Marc Nordbruch, the music of Ralf Merten and a “cast” of people who are directly or indirectly connected to Prora.

They include: Top architect Peter Eisenman (USA), who designed the Holocaust Memorial in Berlin and once called for a return to the architectural modernity of the 1920s and 1930s; the last GDR defence minister and conscientious objector, Rainer Eppelmann; the Italian social philosopher Marco d’Eramo, whose mother, the well-known Italian writer Luce d’Eramo, first became a fervent supporter of Mussolini and later a communist; and Prora project developer Ulrich Busch, who sees it as his life’s work to return the place to its original purpose. His father was the communist singer of workers’ songs and GDR folk actor Ernst Busch, who narrowly escaped execution by the National Socialists.

Other experts of international standing supplement these views of the “Colossus of Rügen”, including Justinian Jampol, historian and founder of the “Wende Museum” in Los Angeles (USA), the tourism researcher and historian Eric Zuelow from Maine (USA), and the Italian architect and architecture critic Vittorio Magnago Lampugnani.

The film celebrates its world premiere in 2020, 30 years after German reunification. This event is significant, offering food for thought for its makers, because INSIDE PRORA allows itself and the audience to play with completely new thoughts: Is Prora the happy ending to a story that has been overcome? Is Prora the irony of history – or its triumph?